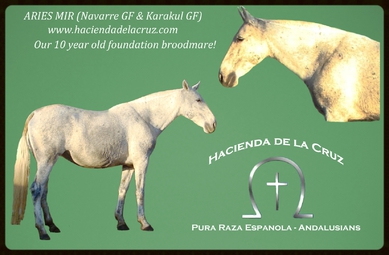 Aries Mir is our foundation dappled gray mare bred by Hacienda Miranda, her sire is the legendary NAVARRE GF and on her dam's side her grandsire is GUARAPO. She is 16.2 hands (1.69 meters) tall, with good racial features and very good movement.

She is the dam of our home bred stallion CRUZ MENTOL (by MENTOL) and the bay mare and medal winner CRUZ VICTORIA (by VITOTE).
As well as all these other home bred mares and stallions; CRUZ ARRIERO, CRUZ GENIL, CRUZ TORERA, CRUZ ARENA (by DUQUE CXIII), CRUZ YACO (by OFICIAL MG III - Marin Garcia), CRUZ FLAMENCO (by FLAMENCO SF) and CRUZ YACA (by CLAVIJO RS).

Our very special mare, CRUZ MENTA is out of our treasured bay mare CRUZ VICTORIA and sired by the 2010 SICAB Grand Champion Stallion MENTOL (of Yeguada Moran).

She is tall, correct in every way and she can really move. Gold Medal winner at Feria Del Caballo Espanol 2018 (Section 9: 5 & 6 year old mares).
In 2016 she blessed us with her first filly CRUZ MITA, in 2017 Menta foaled CRUZ YERBABUENA and in 2020 foaled CRUZ YERBADULCE.
These three fillies are sired by CRUZ MENTOL (by MENTOL). 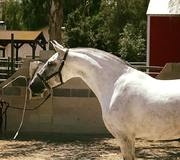 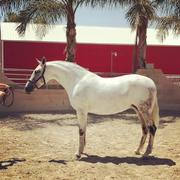 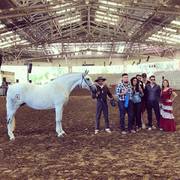 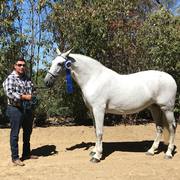 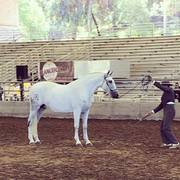 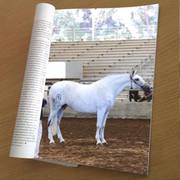 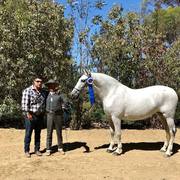 After careful selection and selling of a few of our previous broodmares, we've retained two home bred fillies for our breeding progrram.

Cruz Mita is the first filly out of our gem Cruz Menta and sired by our stallion Cruz Mentol.
She is 1.66 meters / 16.2 hands tall, correct and a great mover! The other homebred filly retained for our breeing program is Cruz Yerbabuena.

Cruz Yerbabuena is a full sister of Cruz Mita, she is the second filly out of our gem Cruz Menta and also sired by our stallion Cruz Mentol. 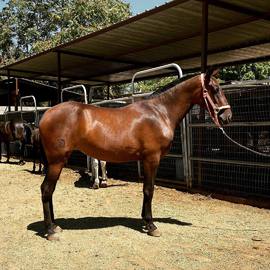 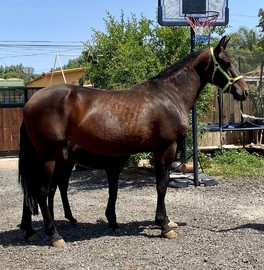 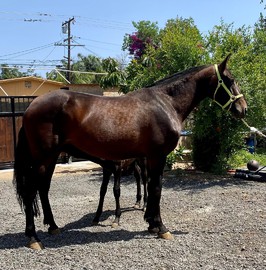 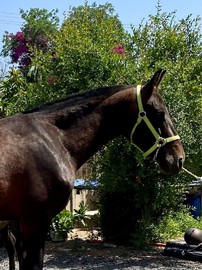 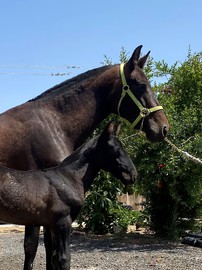 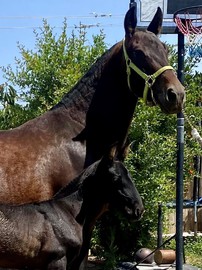 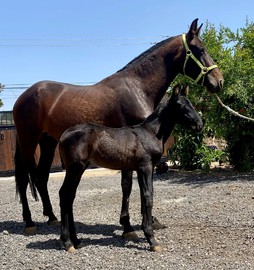 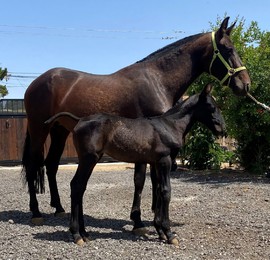 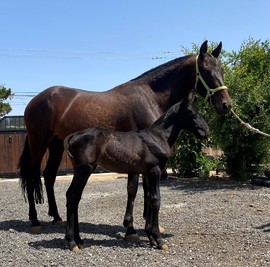