He will be for sale.

She is a promising young star! Very baroque, morphologically correct and a great mover... she will be for sale. 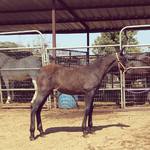 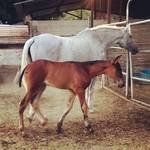 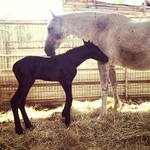 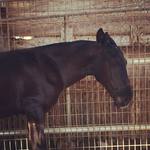 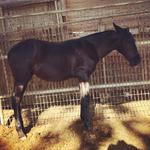 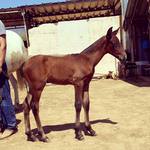 Our first 2015 foal is this pretty bay filly, sired by the Yeguada San Francisco stallion GENUINO SF and out of our Bocado mare AGRACIA.

Filly Cruz Generosa is for sale, please call to inquire.

Our second 2015 Colt is nothing short of exceptional, sired by the imported pure Marin Garcia stallion OFICIAL MG III and out of our best mover BALENCIAGA II. 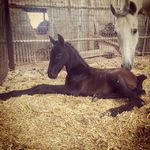 Our first 2015 Colt is a treasure, he is sired by the imported pure Marin Garcia stallion OFICIAL MG III and out of our foundation mare ARIES MIR.

This is a special DUQUE CXIII filly, she was born June 2014 and we are speechless with her. Beautiful spanish head, strong arched neck, strong back and croup and she's a great mover!

Our first DUQUE CXIII colt born in america was born May 2013, he is a coming two year old stud. He is gray, well built, spanish in every way and a fantastic mover.

Our second colt by the fabulous Duque CXIII was born in May 2013, a coming two year old stud. He is gray, baroque, correct and very well put together as you can see with his beautiful neck and top line along woth good movement.

In 2012 we were blessed with three wonderful foals by MENTOL, the first and only offspring of him in America! we couldn't be happier with them, they are noble, well conformed and great movers. 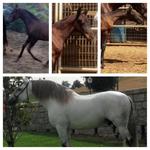